What’s on UK TV this weekend

And what can you Catch Up on!

TVMucho has compiled the best of UK TV this weekend for you to check it out.

Strictly Come Dancing is back. The competition will impress the judges and the viewers too, but the first couple of characters will be voted off by the viewers tomorrow evening. 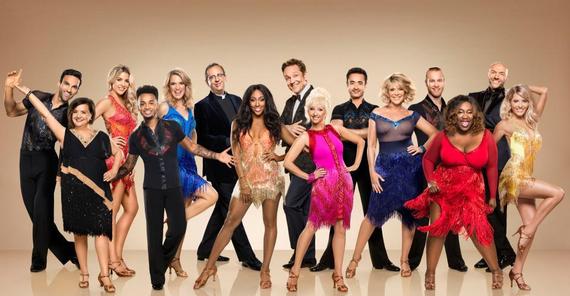 The auditions are over, and Boot Camp is starting! The next step is to pass through to the dreaded Six Chair Challenge and the only way to get there is by impressing judges Simon, Nicole, Sharon, and Louis. That is not going to be an easy task.

For those who like magicians and fun, this is a must see! A group of illusionists (Jesse Eisenberg, Isla Fisher, Woody Harrelson, and Dave Franco) get together by a mysterious figure and carry out a string of heists while remaining one step ahead off the FBI agent Rhodes (Mark Ruffalo) who desperately tries to capture them.

This is a carefully crafted movie. Will and Evelyn Caster (Johnny Depp and Rebecca Hall) are married artificial-intelligence scientists and they are fighting for a better world. Once Will gets shot, his wife and friend download his brain patterns to a hard drive to try and keep him alive. The movie is also co-starring Cillian Murphy and Morgan Freeman and has been disputed by some as having a weak story, but it is exactly the opposite, the moral of the story is quite touching, and for those who like philosophy and those who believe in the better tomorrow, this is a must see.

The Last Post is an intriguing six-part drama set in the mid-Sixties conflict in the British Crown Colony of Aden that was located on the southern Arabian peninsula. Alison (Jessica Raine) is a bad-girl, drunken, unhappy and unfaithful wife of the military policeman Lieutenant Ed Laithwaite (Stephen Campbell Moore). The drama series managed to convey the atmosphere of heat and dust and the day-to-day life of the military wives on the Royal Military Police base. The opening episode starts with the arrival of newlyweds Captain Joe Martin (Jeremy Neumark Jones) and his wise Honor (Jessie Buckley). Ed Laithwaite learns that an attack on the base is imminent. His commanding officer, Major Markham (Ben Miles) doesn’t take the warnings serious. It is an unpredictable show, and you will never guess what happens next. 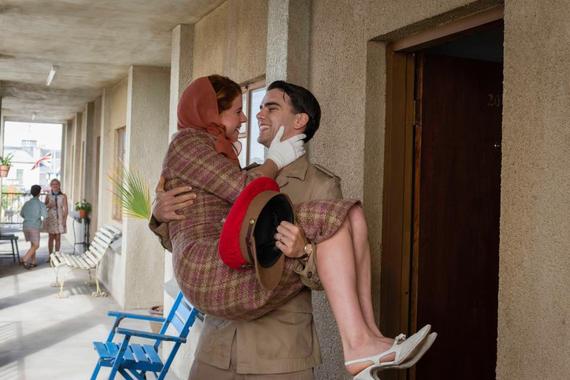 Last weekend, the Wembley Stadium hosted Jacksonville Jaguars’ and Baltimore Ravens. This week, Wembley is going to host one more great NFL game. The Dolphins will appear for the fourth time at the Wembley Stadium. The Saints will play their second game here. One thing is for certain, it will be a great match.

Escape is a new series where five people are stranded in the middle of the desert after a plane crash. They only have one chance to survive and that is to create a new vehicle from the plane wreckage. And so, it begins.

This is an entertaining and encouraging animation for which the Australian director George Miller won a Best Animated Feature Oscar. The story revolves around Mumble, a misfit emperor penguin (baby voice by Elizabeth Daily, and adult by Elijah Wood). He is causing his parents (Nicole Kidman and Hugh Jackman) a lot of concerns , unable to attract a mate. However, Mumble can tap-dance, and there lies his salvation. This is a beautiful animation perfect for family time.

The Graham Norton Show is the third from the top of the BBC’s published list of its highest earners and it comes back to the Friday evening schedule because Strictly Come Dancing and The X Factor are returning at the weekend nights. To understand the success that this show has, one can only look at the celebrities that attend it. In tonight’s show, Harrison Ford and Ryan Gosling will be the guests of the show to discuss their new sci-fi movie Blade Runner 2049. Another celebrity that will appear in tonight’s show is Reese Witherspoon, and Margot Robbie, who is in Time magazine’s list of 2017’s most influential people.

The director of Juno, Jason Reitman, comes back with a witty love story. Ryan (George Clooney) is a downsizing expert that flies around US and fires people. A graduate (Anna Kendrick) proposes to save on airfares by making the sacking via video. Ryan is not happy with this proposal as he likes to fly around and he also likes fellow flyer Alex (Vera Farmiga). 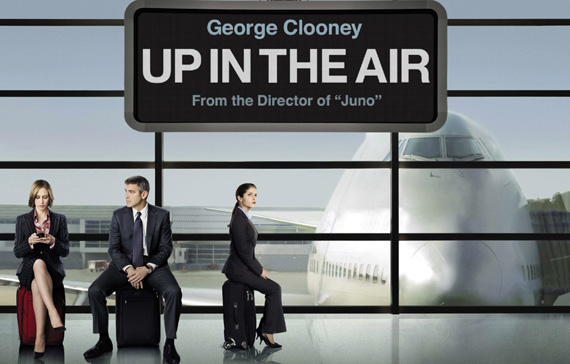 This is a new show where father and son team (George and Larry Lamb) take the two wheels for a trip around Britain’s best national park cycling routes. The start is in the Yorkshire Dales where they try the fly-fishing and rock climbing. Afterward, they tackle a section of the 2014 Tour de France route.

TVMucho offers 1-Hour a day forever free trial for Live UK TV and 7 days of Catch Up. You can sign up for the free trial here.

If you want to check our prices for Live UK TV and 7 Days of Catch Up click here.

“It takes a lot of courage to show your dreams to someone else.” ― Erma Bombeck

TVMucho uses cookies by default to improve and personalise your experience. For more information click here or simply close this notification.